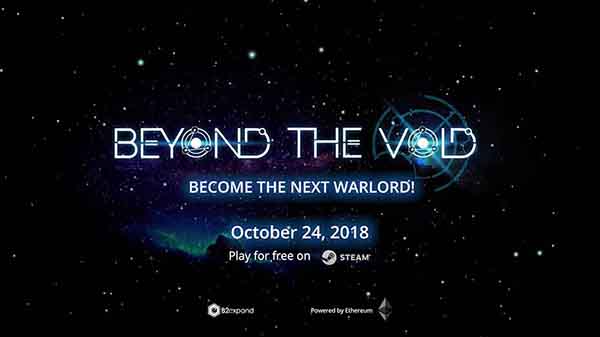 B2Expand announces the launch teaser for its
Brand-New Hybrid Strategy Game MOBA-RTS in space: Beyond the Void. Coming officialy on Steam on October 24th.

Beyond the Void is a one versus one competitive arena battle combining popular MOBA mechanics with classic real-time strategy (RTS) elements. This unique hybrid strategy game takes place in a sci-fi universe at the fringe of the galaxy, where a war for resources is raging.

Beyond the Void is a free to play PC game that fuses strategy, action, and competition into a unique 1 vs 1 battle. It takes the MOBA genre back to its RTS origins with epic space warfare. Beyond the Void’s inspiration comes from great science fiction classics, such as 7 Metabarons (Jodorowsky) and Dune (Frank Herbert), while adding a touch of fantasy from similar to League of Legends, Starcraft 2, and Warhammer 40k.

In Beyond the Void’s science-fiction universe, there is increasing scarcity of a resource with prodigious virtues, the Ambrosium. The demand of this resource has pushed the baronies to venture into the unexplored borders of the galaxy. Strategize to forge a fleet and lead them towards the destruction of your enemy Fight for your baron and captain a mothership to take control of the solar system. In this face-to-face space battle (1vs1), skills of individual players will best influence who wins the war. Choosing the spaceship’s
capabilities, anticipating enemy movement, optimizing the allocation of resources, and reacting to the opponent’s actions make it a true hybrid strategy game.

💬 One of our Beyond the Void’s early access player and the winner of the AmbroCup#4 tournament, Seigneur Necron, explains why plays this new strategy game:

In general I’m not a fan of MOBAs… well, I like the principle, but it always ends up being burdensome because it’s in 5v5 and the chat often turns into a salt pool. In this game we don’t have that problem because it’s 1v1. If I lose, it’s only my fault, and my mistakes only make me lose. And it’s not just a MOBA, there’s a RTS side and that’s cool because it’s one of my favorite game styles! And besides, it’s in space!

The battlefield is organized around the conquest of neutral planets, the construction of new bases, and the technology choices of planetary strategy, as in most RTS games. However, it is the fight between the two motherships that controls these technological bonuses and defends the front line which we’ve inherited from MOBAs. In addition to the unique gameplay with these spaceships, players can draft additional capabilities to favor their own strategy or try to counter their opponent.

Games are multiplayer, online, and last around 10 minutes when played against another person. Beyond the Void also offers training against the AI,  participation in ranked matchmaking, and online community tournaments.

👋 Stay tuned on our social media to get the last news!!