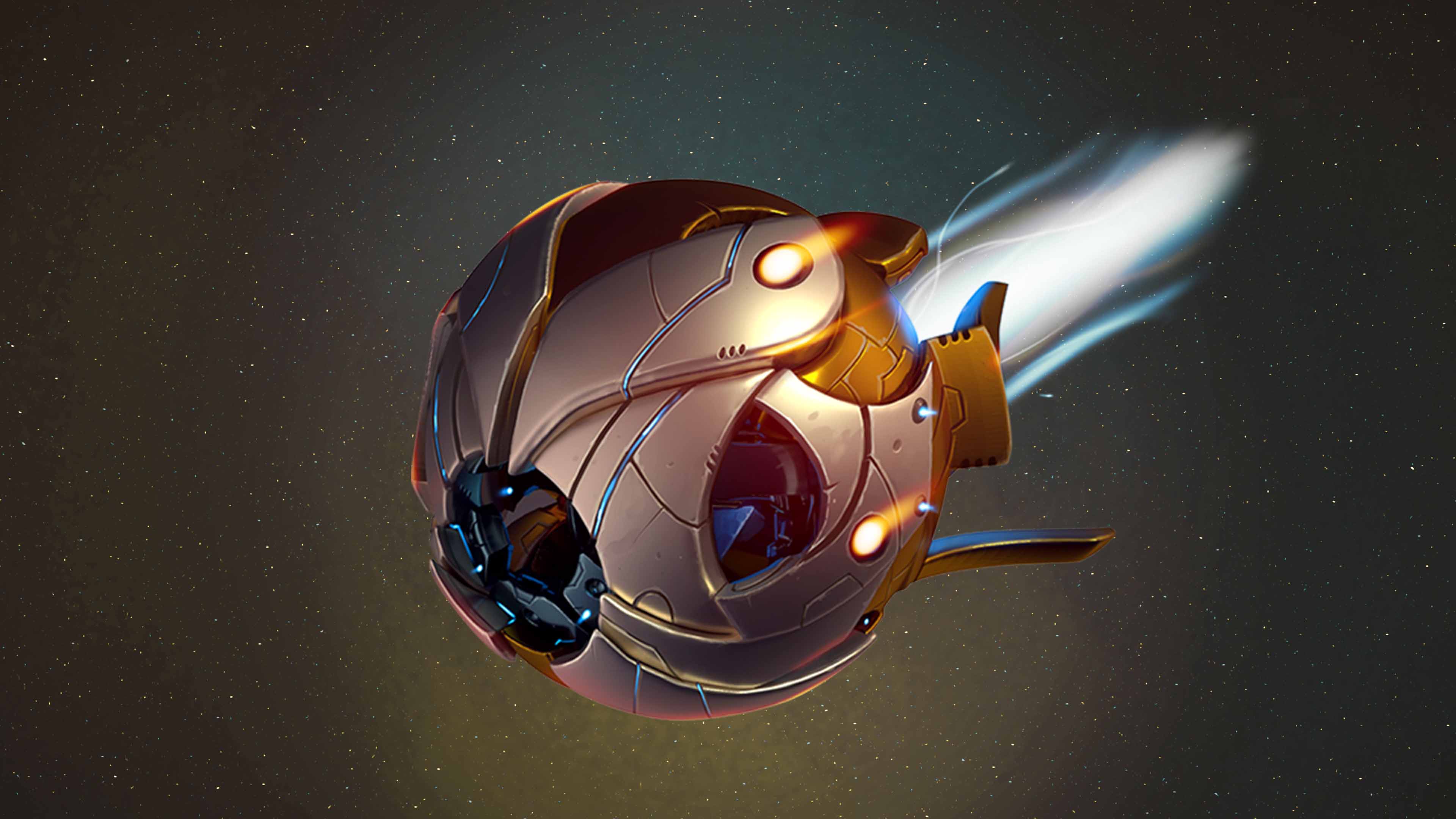 Fusion is not a single vessel but a legion, all aimed at a single purpose – the preservation of the powerful aristocratic family House Vunhuma. Created using an ancient, collective artificial intelligence excavated from the remains of a long-dead civilization, the small, sleek Fusion ships relentlessly pursue whomever threatens Baron Vunhuma. By the time Fusion’s prey detects the intense heat of its ambrosium beam, it is usually too late to do anything but perish.

The secrets of the Fusion ships’ mass production is one coveted by all of the Vunhumas’ rivals — many good spies have been sent to their doom trying to uncover it, while the great spies know better than to even make the attempt. And in lieu of the truth, many tall tales have spread regarding House Vunhuma and its protectors.

What is known is that each Fusion is nimble, unpredictable, and its weaponry only grows stronger the longer it is in battle. And of the few foes who have bested a Fusion, none have truly “won”  – when destroyed each ship releases an energy wave destroying anything nearby; the blast is powerful enough for the reverberations to be felt across a star system, like waves crashing on a distant shore. And valuable though each Fusion is, Baron Vunhuma is more than willing to sacrifice one to secure his family’s dominance throughout the galaxy.

But some say Baron Vunhuma’s grip on his family is not as iron-clad as it once was. Some say that the Fusion’s collective AI, a cold-blooded tactician named Orianna, has evolved beyond its human masters and is now the family’s true leader. Perhaps the Vunhuma’s dug too deeply when they excavated Orianna’s old ruins, and now the day may come when she is no longer content to rule from the shadows.

Unable to find purpose and with no awareness of self-preservation, the artificial intelligence hurdled the ship into a sun, hoping to end its existence, but unknowingly became a creation of untold power that would feed to the legend of Fusion itself. Upon impact with the sun it released a powerful supernova, destroying the star but the energy was somehow absorbed inside the ambrosium reactor, creating a ship with no ruler that also channels the most destructive force that no one has lived to tell. Ancient technology has merged with demonic mysticism, creating a new Fusion that shows allegiance to no house and simply drifts through the void.