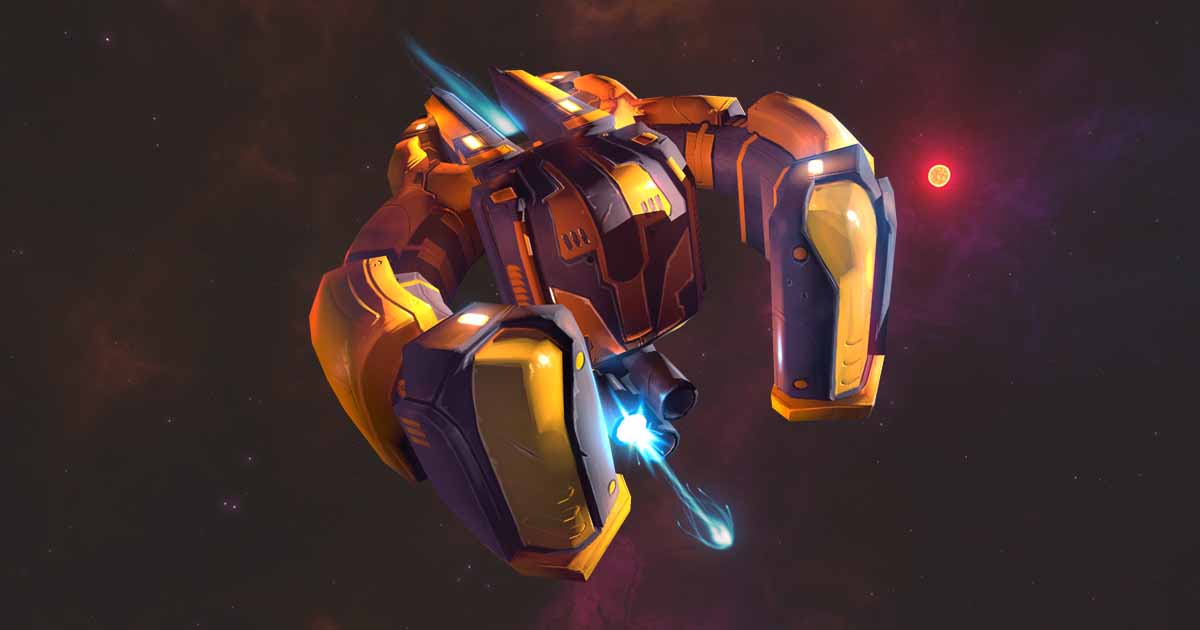 Originally created to hold captives at a slave labor camp, Wall-K2 was commandeered by its former prisoners who now roam the Void as free men and women. The tale of their escape is still told at House Visgalt’s massive Tartaros penal colony, though the guards have threatened death with any inmates caught sharing the story.

The daring escape still rankles Baron Visgalt, who had long profited off the backbreaking work performed by the prisoners in the mines surrounding the prison camp. The prisoners – some actual criminals, and some political liabilities Visgalt wanted to make “disappear” – were closely monitored by “Flying Walls,” ships capable of dropping a nearly impenetrable force field cage around any prisoners who managed to slip past the colony’s guard towers. The goal was never to kill the prisoners, unless absolutely necessary; Baron Visgalt’s meant to wring every last ounce of labor from them, until their bodies broke.

But Corva Rukhari was a woman who did not intend to break for any man. A former engineer sent to Tartaros for cracking into a planetary governor’s vault, Rukhari had busied herself creating an escape plan from the day she was dropped into the prison. She had quietly rallied the other members of prison sector K2 and with their help she managed to gather enough supplies to jury-rig a crude control device for the Wall that patrolled their sector.

On the night of the escape, Rukhari and her allies slipped past the guard towers to the colony’s outer perimeter, and the Wall showed up just as planned to try and recapture them. And Corva Rukhari smiled, pushed the button on her remote, and sent the ship crashing to the ground.

Breaking into the ship itself and storming the cockpit was a short and bloody fight, but the prisoners had the element of surprise on their side. They were able to seize control of the Wall-K2 and flee Tartaros moments before the prison’s other forces could retaliate. And while pulling off the only successful escape from the penal colony was cause to celebrate, Rukhari and her new crew were now faced with keeping their damaged ship space-worthy long enough to survive.

They quickly turned to scavenging and raiding, and Rukhari’s engineering skills helped them turn their salvaged materials into a surprisingly sturdy hull. An even greater windfall came, though, when the crew set its sights on a lost, vulnerable emissary ship from House Hïgnos. Sensing that they were outmatched, the Hïgnos emissaries parlayed with Rukhari and her crew, and when they heard their escape from House Visgalt they offered them a bargain: House Hïgnos would agree to upgrade their ship and regularly supply them, in exchange for them conducting regular raids on House Visgalt outposts – raids which could not be traced back to Hïgnos. Rukhari agreed.

Now, the former prisoners have become the scourge of their one-time jailers, turning the Wall-K2 against its creators. Among the upgrades House Hïgnos implemented on the craft was altering its caging field into a protective bubble, allowing it to withstand even the harshest attacks from House Visgalt’s ships. But despite her justly earned reputation as a formidable captain, Corva Rukhari knows that House Hïgnos is not done with the men and women of the Wall-K2, and wonders what will happen when they next call upon them. Her only goal is keeping her crew safe, no matter the consequences.

For the pilot who prefers their top hat and goggles to a helmet. The added steam technology, gears, and wind-up systems might not help you go faster, but you’ll be the classiest mothership in battle.