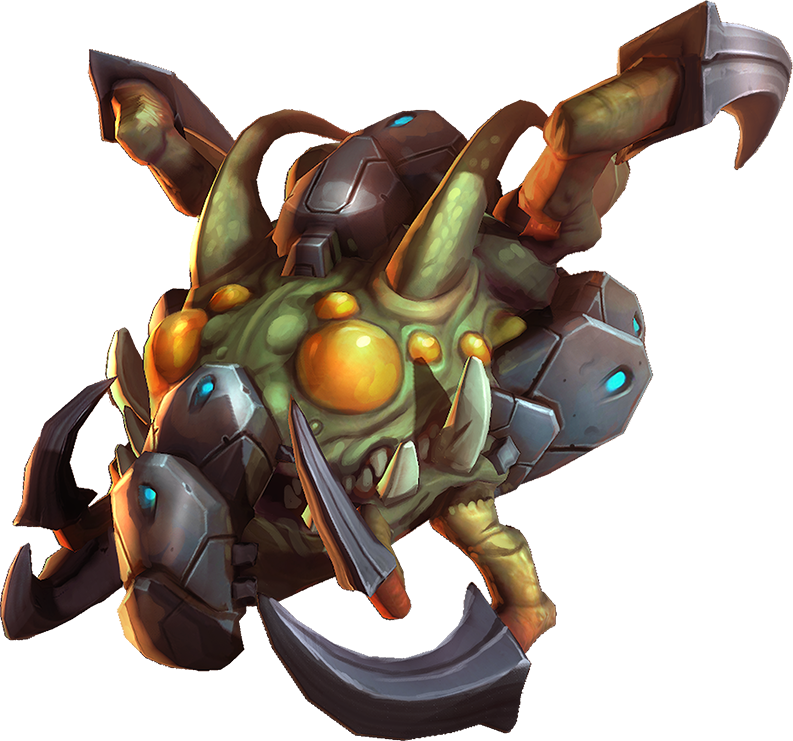 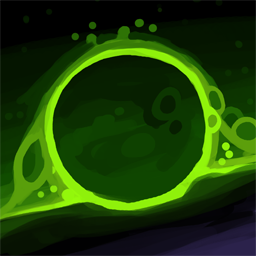 Creates a protective zone. Any unit inside this zone cannot be damaged. 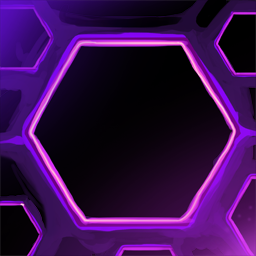 The title Zel’Hactl, given by its Xolestan captors, roughly translates to “Void Reaper”. The name was earned during the first encounter with it at a temporary mining colony in operation toward the outer reaches of the Baroness’ control. Xolestan scholars think this creature emerged from the vast corners of the galaxy, others believe its  from another dimension, and some postulate that it came from the bowels of the mine itself. All that is known is that when it arrived, it did so under the cover of darkness. By the time the Xolestans first saw the Zel’Hactl, their fate was already sealed.

With a flash it sprang upon them, a dark fury of claw and fang. The defensive cannons of the base never had time to fire before its massive form had breached their perimeter. Unprepared Xolestan troops fired from their posts to no avail as the beast rampaged, eviscerating the colony’s buildings and inhabitants alike. The shots seemed merely to fuel the rage and intensity of Zel’Hactl. It directed its fury upon the underpowered ground forces left behind to protect the small outpost. To escape imminent death, the civilian population rushed to take shelter in the mine itself. But as soon as they reached their supposed safehouse, the Xolestan colonists realized in horror that it would be their grave. The beast noticed the wave of asylum seekers and let out a deafening roar. In a wave of dark energy it warped into the mine, wildy thrashing with its mandibles feasting on the defenseless Xolestans. In its blind rage the Zel’Hactl unwittingly damaged the supportive structures of the mine’s entrance, collapsing the tunnel and burying itself underneath the wreckage.

With their forces decimated and their alien assailant now subdued, the colony sent for a nearby Xolestan fleet to aide the survivors. Upon hearing the story of the attack, the Baroness ordered an immediate excavation of the collapsed mine to learn about the monster that had wreaked so much havoc. Upon clearing the rubble from the site, they learned the creature known as Zel’Hactl was still alive, though barely. The creature was emaciated, riddled with metal sheets over its carapace from the collapse, and was in critical condition.

Knowing everything has its own value, the Xolestans decided to trap the alien in stasis and bring it to their best military scientists to study its ability to seemingly warp from one location to another. They soon learned beyond Zel’Hactl warping ability, it  also had a voracious appetite for eating heavy metals. It’s speculated that this hunger could be what attracted it to the mine in the first place. The Baroness and her military officials quickly realized they had a better, more violent use for this beast. They implanted a neural relay device that allowed complete  control over creature’s actions. Now the will of the Zel’Hactl was the will of the Baroness. With it’s fury now under her thumb, she turns loose this bastion of destruction upon high priority enemy ships and unsuspecting foes. Even the sturdiest of hulls aren’t impenetrable to Void Reaper and its mighty jaws.